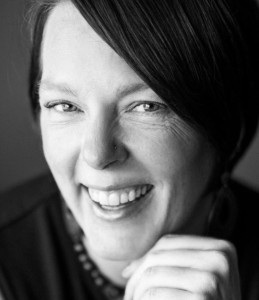 Melissa Morgan, IBCLC, RLC, LE, is an internationally board certified, registered lactation consultant and lactation educator.  Her philosophy for lactation practice focuses on helping families understand what is biologically normal throughout pregnancy, birth, breastfeeding, and parenthood.  When help for breastfeeding is needed, Melissa will work with families to make personalized plans to meet their individual needs.

She began her lactation career in 1998, when the birth of her oldest son prompted the need for breastfeeding help and she met a lactation consultant who became integral in shaping her role as mother as well as her career.  During her internship, she attended the Evergreen Perinatal Lactation Educator (LE) program and began assisting and counseling families in the support group and consult setting, helping with basic breastfeeding and observing more complex consultations, obtaining the necessary contact hours for the IBLCE examination.  Melissa then went on to become a La Leche League Leader in 2007, starting and facilitating a mother-to-mother support group in Liberty Lake, WA.  Melissa had acquired over 4,000 clinical contact hours and finally sat for the IBLCE examination in 2010, earning her IBCLC certification.  She immediately opened her private practice, Nurture Normally, serving families in Spokane, Spokane Valley, Post Falls, and Coeur d’Alene, and when her youngest child started kindergarten in 2012, began offering her lactation services full-time.  She has developed a specialty in helping families with tongue tied babies and also enjoys meeting the specialized needs of the adopting family.

Now, in addition to helping families breastfeed their babies, she also mentors lactation students and consultants and provides professional lactation education to physicians, midwives, doulas, and other healthcare practitioners. She has served as co-president of the Spokane County Breastfeeding Coalition, has served families in public health at WIC in North Idaho, sits on committees with the United States Lactation Consultants Association (USLCA), and maintains membership in several professional organizations. She also has written articles for local health and lifestyle magazines, as well as local and national blogs.

Melissa is also co-founder of Lactation Practice, a consulting and billing service that assists private practice lactation consultants with insurance billing and credentialing.  She is also an international public speaker providing lactation professionals with tools to run their own lactation practices and has presented at prestigious conferences including the United States Lactation Consultant Association (USLCA), GOLD Lactation, and the Canadian Lactation Consultants Association (CLCA).

She has three children of her own, all of whom were exclusively breastfed until about age two, and lives in Eastern Washington where she enjoys berry picking, knitting, yoga (teaching and practicing), and snowshoeing.

Learn more about the lactation profession or What is an IBCLC.

I am so glad to have you as a consultant!!!! I tell everyone I know that if it had not been for you I probably would not have had the birth I always wanted or the Breastfeeding relationship and passion for nursing!!!! You are the best!
Jen A., Coeur d'Alene
Melissa is a true gem. She is patient and kind, highly knowledgeable, and willing to help a mother and baby in need at any time of day or night. I give credit to her for the patience she exhibited in walking me thorough the first weeks of breastfeeding; even at 2am when I was frantic, she helped me hold it together. It is because of her that I did not give up; and I successfully nursed my second child for a whole year. I highly recommend her services!
Rachel T., Pennsylvania
Melissa Morgan was fabulous! She has such a peaceful demeanor and made something stressful not so stressful. And she actually listened! So happy with her help today.
Julie D., Spokane
I am very grateful to have had Melissa's support.
Elizabeth C., Coeur d'Alene
Melissa, you are fantastic and my only complaint is that I didn't know you when I was having trouble with my older child. I really think that without your help, I would have switched to formula and given up breastfeeding. Thank you!
Ashley P., Coeur d'Alene
She really helped me. The instant she walked into my home, I was instantly at ease. Melissa answered all my questions about the issues I was having, and then to be able to see her once a week at mothers haven... I learned a lot about nursing and it was a great experience.
Kate H., Spokane
Just wanted to thank you for your class! Because of you I was able to help my SIL get her teeny babe latched without a nipple shield, which she had been given in the hospital!
Courtney P., Spokane
I wanted to thank you so much for the help you gave us at Lemon Drop Lollipop when you were co-leading a breastfeeding support group there. You are the reason I was able to continue breastfeeding, get my son off formula, and him start gaining weight. Your encouragement and knowledge in that very emotional stressful time was a God send. Thank you so much for the help you give! Your suggestion of a breastfeeding marathon is what saved us, plus latch support. Thank you again, so much!
Breanne, Chattaroy
I just wanted to thank you for your wisdom that you shared with me. I breastfed my now (almost) 9 year old daughter for 3.5 years. She started preschool and was still nursing . It was because of the things you said that made me feel brave enough to nip even after she was well past the publically "acceptable" age. I have a new nursling now, he is almost 7 months and loves mommy's milk. I just wanted to say thank you!
Alicia H.,
Thank you so much for our visit. I had no idea of the time and THAT is a true testament to your dedication to helping others. Thank you for giving of yourself.
Jonell A.,
Your assessing tongue tie saved our breastfeeding. Thank you so much!
Amanda M.,
Your knowledge and desire to help was a huge blessing. Thank you for your calm strength that helped me feel sane when I was around you. It was a rough start to breastfeeding, but it's so heavenly now. I'm so thankful I stuck with it and didn't give up. We are nursing happily and I no longer cringe, cry, or fear feedings.
Amber M.,
Melissa was my saving grace when it came to breastfeeding! I was so discouraged when my daughter and I started seeing her at 1 week postpartum. She never doubted our abilities to succeed and now after a month, we have graduated from seeing her and we are doing so well. I am confident that we will be able to continue to breastfeed as long as my daughter is willing. I can never thank her enough for helping us succeed and I would highly recommend her to anyone!
Caitlyn H., Spokane